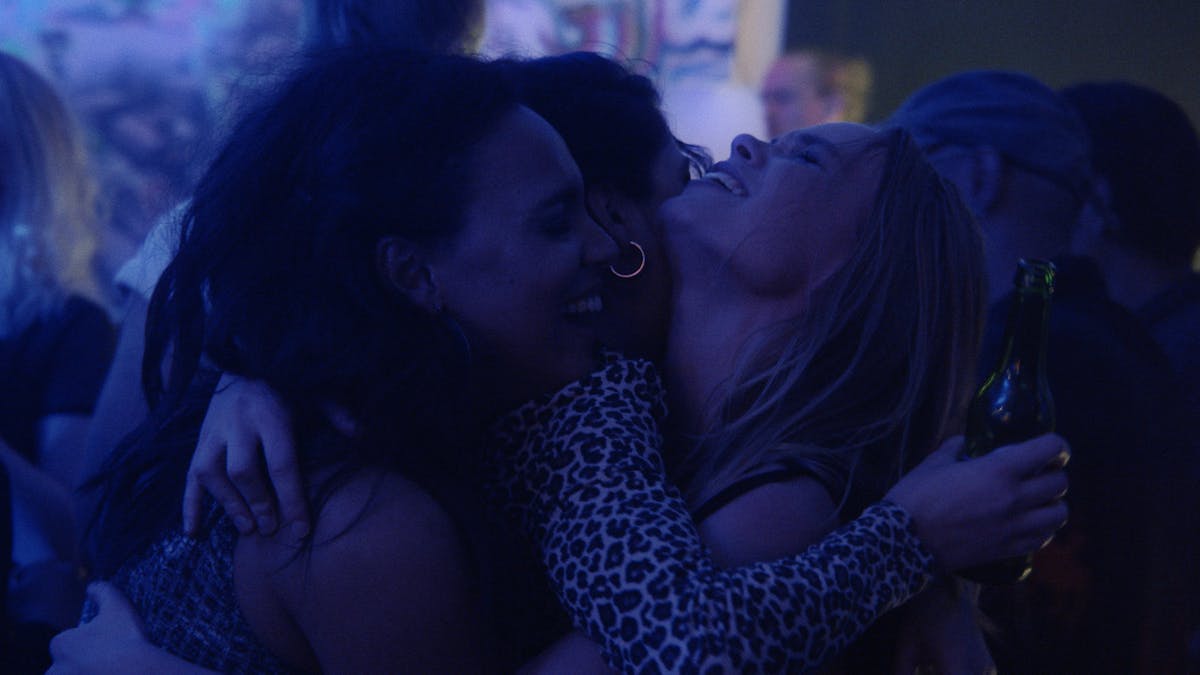 The young couple, Siri (Matilda Källström) and David (Simon Lööf), moved to London shortly after graduating high school. Siri studies law while David works and plays video games with his friends. Most things go smoothly for them, and their relationship is sturdier than ever—until a wet and rainy night out in London.

At a party, they meet the French art student Camille. Siri and Camille instantly make a connection and spend the whole night together. When Siri wakes up in bed with both David and Camille, she wonders what she has been through. Emotions and thoughts emerge right away. What did she do? And why did she do it? Will the relationship ever be as it was? The thoughts are many, but at the same time, she is discovering new emotions.

The series creator and director Lisa Linnertorp, who is usually in front of the camera, dares and succeeds in gaining credibility and genuine authenticity when it comes to young love and emotions. Nothing is polished here. It is really raw, emotional and full of betrayal—a rare trait in stories like this. Past or present Swedes in London will probably also be happy to see all familiar and authentic environments, and that life in London is portrayed credibly.

In addition, Linnertorp has brought along several young and very impressive actors who are, to say the least, brave in front of the camera. Especially Matilda Källström in the role of Siri. Although the acting by some can feel a bit stale at times, the general performances of the young ensemble are solid.