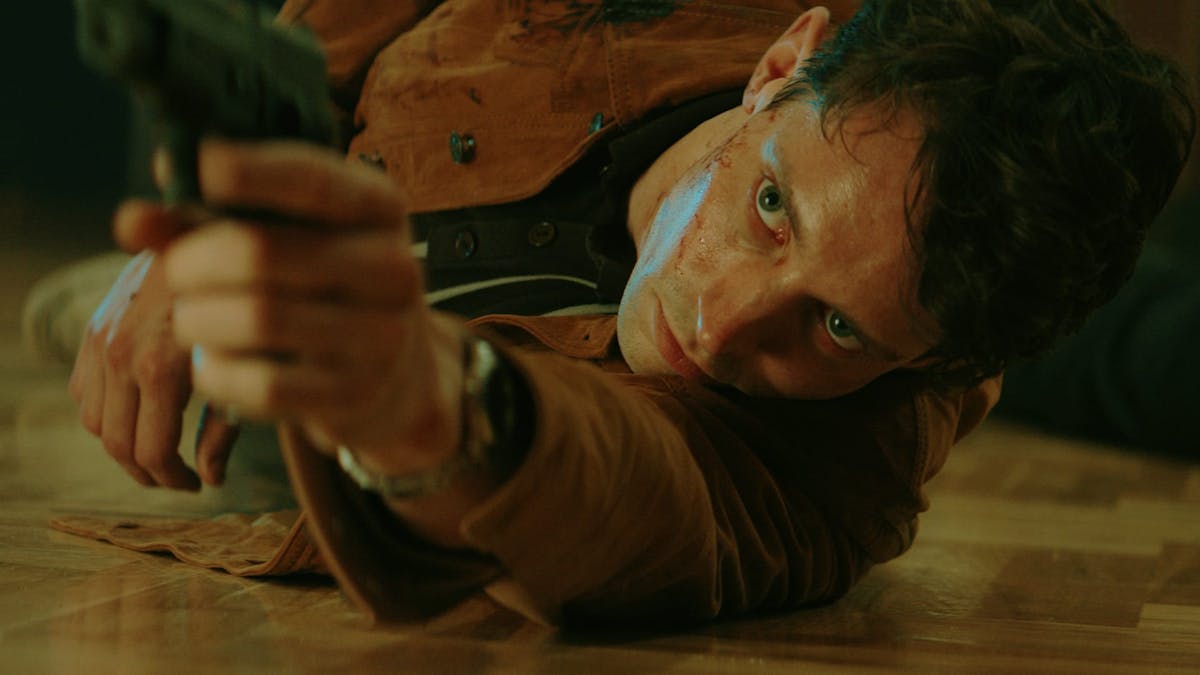 This year alone, we have been able to consume exemplary series such as Snow Angels, Snabba Cash, Sjukt and Thunder In My Heart, and that says a lot about the giant steps the Swedish TV industry has taken in recent years. Now, Viaplay's new venture Max Anger - With One Eye Open, has premiered, and the ambition meter has been turned up to eleven.

The plot takes off within the world of finance in 1996 and revolves around a merger between a Russian telecommunications network and Sweden's state-owned Telephonera. It’s an intense moment for the Swedish CEO, Charlie Knutsson (Johan Rheborg), at the security company, Vector, who is responsible for bringing the merger through the home stretch. If it fails, bankruptcy awaits.

Just when the deal is about to close, information about a leak emerges, and the topic of Russian espionage is put on top of the agenda. Is there a mole among them? Ex-military Max Anger now works as a business analyst at Vector and has a relationship with his Russian-born colleague Pashie (Evin Ahmad). When she one day disappears, the clues point to the fact that she is the one who feeds the Russians with information, and Max decides to go to St. Petersburg to look for her.

With one eye on a new season

Do not let the English, a little too "cool" title, Max Anger - With One Eye Open, scare you. The series is full of potential and has some extremely exciting sequences. Filmed in Lithuania, they have managed to establish the feeling of a post-Soviet Russia with as many gray as worn-down buildings, as well as a whole lot of fun old cars. We get action scenes and car chases, unlike anything we’ve seen in Swedish productions. In addition, Linus Wahlgren plays a Russian-allied bone crusher—let that sink in for a moment.

That's why it's so terribly provoking that the eight-episode short season contains a lot of fillers. For example, we spend far too much time exploring the youth of Russian oligarch Viktor Gusin (whose final climax can be predicted from the start), and we have crazy (completely unnecessary) flashbacks to a trauma that haunts our action hero. It simply gets too long-winded, and the side of me that’s a bull-headed critic feels a little too written on the nose.

On the other hand, Adam Lundgren works unexpectedly well as an "action hero", but do not expect a James Bond. Max Anger (despite the rock-hard name) hardly chases Russians with a smile on his face. There will not be any Martinis either.

The score could have been more than a three, and I look forward to another, hopefully tighter, season.