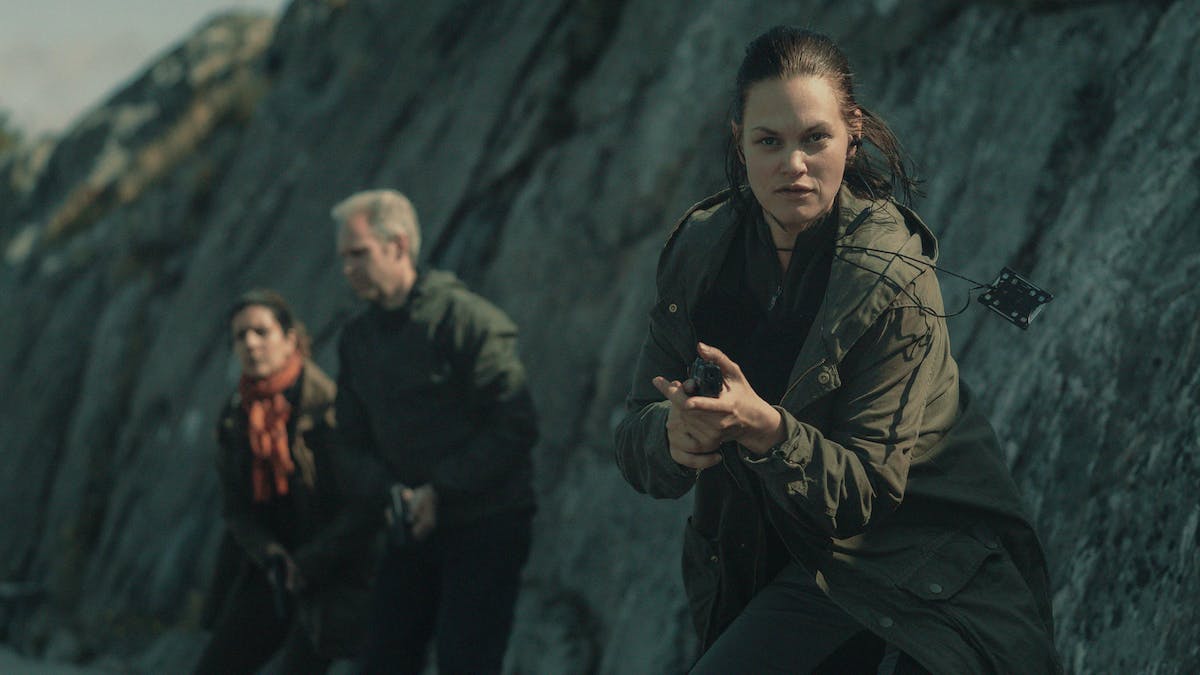 Like the other streaming services, Nordic Entertainment Group continues to produce original series for its platform Viaplay at a furious pace. With a greater focus on Nordic material than its competitors, the company has succeeded in cleverly differentiating itself, which has resulted in a lot of good series.

Earlier this year, we saw Josephine Bornebusch's series Love Me, a timeless drama-comedy and a receipt that it works to give interesting creators a chance. The same goes for the Swedish-Norwegian thriller series The Machinery, which is already full of high-octane suspense after two episodes.

The story, written by Niclas Ekström and Kerstin Ugelstad, revolves around the family man Olle (Kristoffer Joner), who one day wakes up in the car on the ferry between Sandefjord and Strömstad with a bag containing a pistol and a large sum of cash.

Olle has no idea how neither he nor the money ended up there and panics. Most of the first episode depicts him on the run from the police, even though the viewer knows that it is not the optimal plot. It is the beginning of an odyssey of bad decisions that outwardly makes Olle seem more and more guilty—even though he is innocent. Or is he?

Potential to become the best Nordic thriller series this year

The series' premise is an ordinary one within the genre. The main character, either by chance or by bad decision-making, ends up in a chaotic situation, which is then built on as time goes by. However, the take is terribly effective in the right hands.

The Machinery impresses, a lot thanks to Richard Holm's sharp direction. He never lets go of the viewer during the first two episodes, and it's suspenseful from start to finish. Add to that Kristoffer Joner's impressive contribution in the lead role as Olle. His character’s slow neurotic breakdown brings to mind Adam Sandler's Howard in the Safdie brothers' masterful film Uncut Gems.

The Machinery has all the prerequisites to become an excellent thriller series—provided that the remaining episodes are of the same quality.

In any case, the series is not entirely free of faults. A couple of scenes in the series' script stray from the tone and break the suspension of disbelief. A truck driver with have a sex doll in the back is an example of a cheap and predictable joke that I can do without. In addition, the ending in episode two, containing a bunch of raging Volvo greasers, is an entirely unnecessary scene that I suspect was only written out of sheer laziness.

Apart from this, The Machinery has the potential to become Nordic thrillers of the year. Very few series and films manage to retain my genuine curiosity over 90 minutes, but The Machinery succeeds in doing so during its two introductory episodes.

The four-out-of-five may be a bit generous, but the series may become even better if it continues on the beaten path.