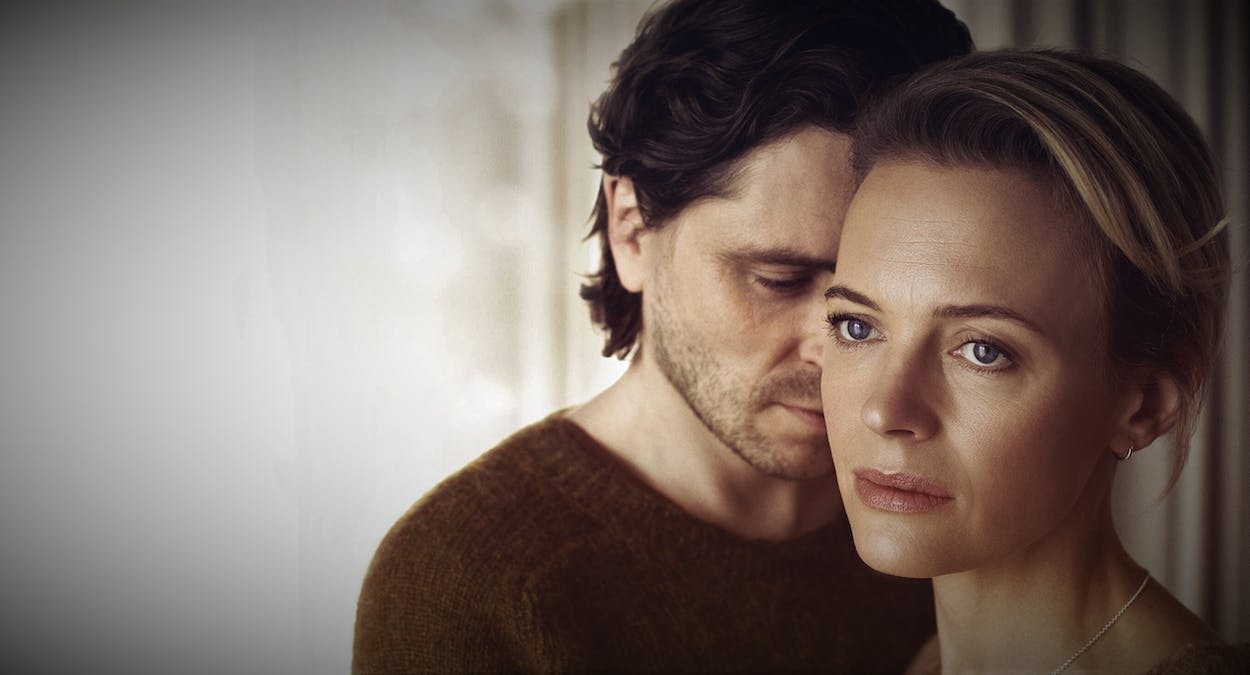 The first season of Josephine Bornebusch's Love Me just picked up a win at the Swedish Kristallen Gala in the category "Best Drama Series", and it was well deserved. Unfortunately, Johan Ulveson was not awarded an, at least as earned, Kristall for the supporting role as the grieving widower, Sten. But the nomination itself must have felt like a consolation in any case.

If you watched the first season and liked it, you'll be sure to enjoy (or maybe even love) the continuation of Love Me. The new season begins where the first one left off—with Sten, Clara (Josephine Bornebusch) and Aron (Gustav Lindh) together with the people they think they love. The plot, on the other hand, gratefully leaps forward in time a bit to take us past the honeymoon phase, where all relationships seem to be able to withstand any challenges.

Sten and Anita now have problems with a man from Anita's past. Clara and Peter encounter unexpected issues when they try to start a family. Aron and Jenny take care of Aron's daughter every other week while they try to find a bigger place to live. In other words, there are no unusual difficulties our love couples encounter. Still, the probability is high that the viewer has either had the misfortune or the luck to go through something similar in their own life.

This is where Bornebusch's greatness as an actor, screenwriter, director, and producer for the entire production comes into the picture. She knows exactly what she wants to say, and she does it exceptionally well.

I may personally not agree with all choices, such as when we several times get to see the three couples end up in basically the same type of quarrel or situation, and then quickly cuts throws us between them in through nice montages. I guess it is done for us to see how people in relationships, regardless of their age, often go through the same difficulties.

Since Bornebusch writes scripts in a way that feels incredibly authentic and are easy to identify with, many scenes hit you straight in the heart. Thus, these particular clips between the couples distance me a bit from the narrative. Rather than continuing to immerse myself into their often frighteningly natural quarrels and reconciliations, I instead gaze upon the visually beautiful and compelling storytelling. But that’s okay as well.

I may be grasping at straws because I’m more or less totally in love with “Love Me”. With that in mind, even the tiny flaws are merely a part of the whole, which continues to make me happy that this type of TV series is being produced here in Sweden.