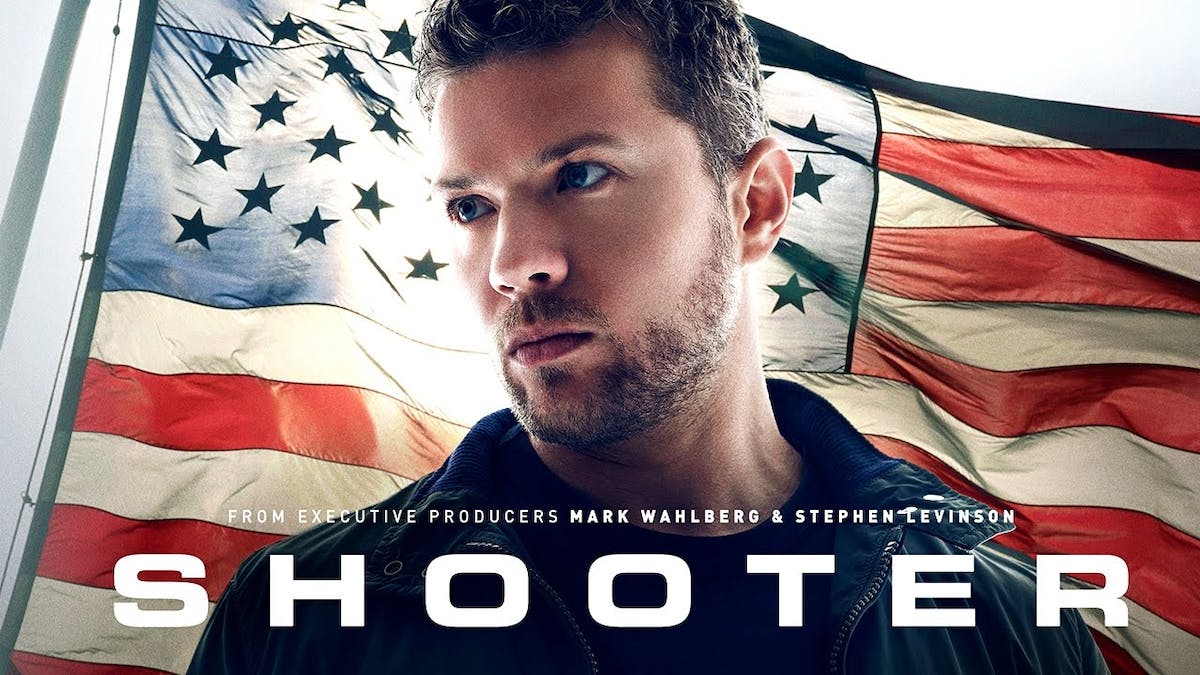 'Shooter' creator, John Hlavin, about the making of season 1 and what might comes next

Every now and then we are fortunate enough to get one of those great conspiracy thrillers that sinks its teeth into your mind and just won't let go. The USA Network series, Shooter, is definitely one of them. The first episode was released one week after the US election – to a world of waiting conspiracy enthusiasts. The plot centers around the journey of Bob Lee Swagger (Ryan Phillippe), a highly-decorated veteran who is coaxed back into action to prevent a plot to kill the President.

John Hlavin is the creator of Shooter, starring Ryan Phillippe (Flags of Our Fathers, Cruel Intentions), Omar Epps (House) and Cynthia Addai-Robinson (Arrow, Spartacus: Blood and Sand). On the day of the season finale John thankfully managed to fit us into his packed schedule for an exclusive interview about the behind-the-scenes of the first season and what will come in the second.

You have been working on this project since 2014 and with the season finale being due tonight, have Shooter gotten the kind of reception that you expected?

– The reception of the show has been great. Shooter has certainly found its audience here within the US, but also gained a lot of positive attention internationally. All in all it has been a really great experience and I think the show came out even better than I had hoped.

The show was originally set to premiere last summer but was delayed in the wake of multiple mass shootings in the US at the time. The decision to delay the premiere came from the network, but with Johns full support. He and everyone else involved didn't want to air an entertainment show titled Shooter while there were actual shooters causing pain and suffering to the American people.

– Moving it down to November, we could never at that time have predicted Donald Trump winning the election and having his ties to Russia being in the forefront of the discussions. I mean, we didn't plan for that to happen, that would have made the election an actual conspiracy on our part if we had. But I assure you, we didn't.

The story was based on the novel "Point of Impact" by Stephen Hunter, which was adapted into the movie Shooter (2007) by Antoine Fuqua starring Mark Wahlberg as Swagger. Having Fuqua and Wahlberg involved as producers of the series, how much were you allowed to create your own version of the story?

– I felt very free in my creative process. Mark was even pushing for me to make it a little bit of a different show. The movie was two hours long and the series ended up being ten, so I leaned far more heavily on the novel as a resource. I tried to change a few things to make it feel more current. Making Isaac Johnson (Omar Epps) a former commander of Bob Lee Swagger made a lot more sense as to why he would help him. We also gave Swagger a wife and a daughter instead of being a lone man living in the woods.

The novel and the movie had the character Nick Memphis, but you went with Cynthia Addai-Robinson as Nadine Memphis instead. How did this change come about?

– We decided on this very early, in the first draft of the script we made the decision to change the character. On balance I thought the show only had the wife as a major female character and I felt like we needed some feminine energy on the road with Swagger, someone who was extremely competent but not necessarily as good at shooting.

With one more episode to go we obviously can't go into the specifics but, with a second season of Shooter already confirmed, is there anything you can tell us about where the story will be going next?

– Yeah, we will use the third novel of the Bob Lee Swagger series, Time To Hunt. The first season is based on the first one, Point of Impact. It will be the return of Solaratov into Bob Lee's life and the season will have more of an international feel to it than season one did in terms of its geography. But still equal in its intensity, the speed in which we move will maintain. Everyone who goes through the first season and survives will have been affected by the events that occurred. In some cases even very dramatically so.

At this time, do you know when the second season will be available?

– I think that the events of this year, having the premiere being moved up, has taught me that I can't safely say at what date we will be back. We start shooting the second season on April 17th and I believe the intention right now is to be back in 2017 - but I can't say for sure.

This concludes the interview part of this article. John was the perfect gentleman taking time out of his busy day to speak with us at Filmtopp.se. I do want to linger on one of the answers before I let any reader completely off the hook, though. Let's have a look at what we might expect from the second season of Shooter. Beware of plausible smug book reader spoilers.

Announcing Time to Hunt as their inspiration for season two is big news for the fans of the show. If we have a look at the plot description for the novel on Wikipedia, we can find out a few things about what might lay ahead.

'Bob Lee owns a 'lay-up' horse ranch, where he cares for horses. He has been slipping into a deep depression due to his inability to properly support his family. Alienating himself from his wife and child, they leave for a morning horseback ride with a friend from another ranch. His wife is shot and nearly killed by a sniper, and the friend is killed. Bob assumes that the man was mistaken for him, and killed in an attempt to kill Bob Lee. This act plunges him back into a world of violence and intrigue. While his wife recuperates, he attempts to unravel the secrets behind the assault.'

This event could possibly open the second season. 'But what about Solaratov?', you might ask. He is mentioned in the plot description too.

'Solaratov, a Russian sniper who is the only man alive who could possibly equal Bob Lee Swagger.'

It looks like we'll be spending some time with a fast-paced international sniper conspiracy thriller series some time later this year. But first we have that finale to get through, and by judging the events of the series so far it seems very likely that we'll lose at least one or more of our main characters before the season is over.

Shooter is distributed by USA Networks in the US and Netflix abroad. Our Swedish readers will be able to catch the entire first season on Netflix on the day of this article publication.