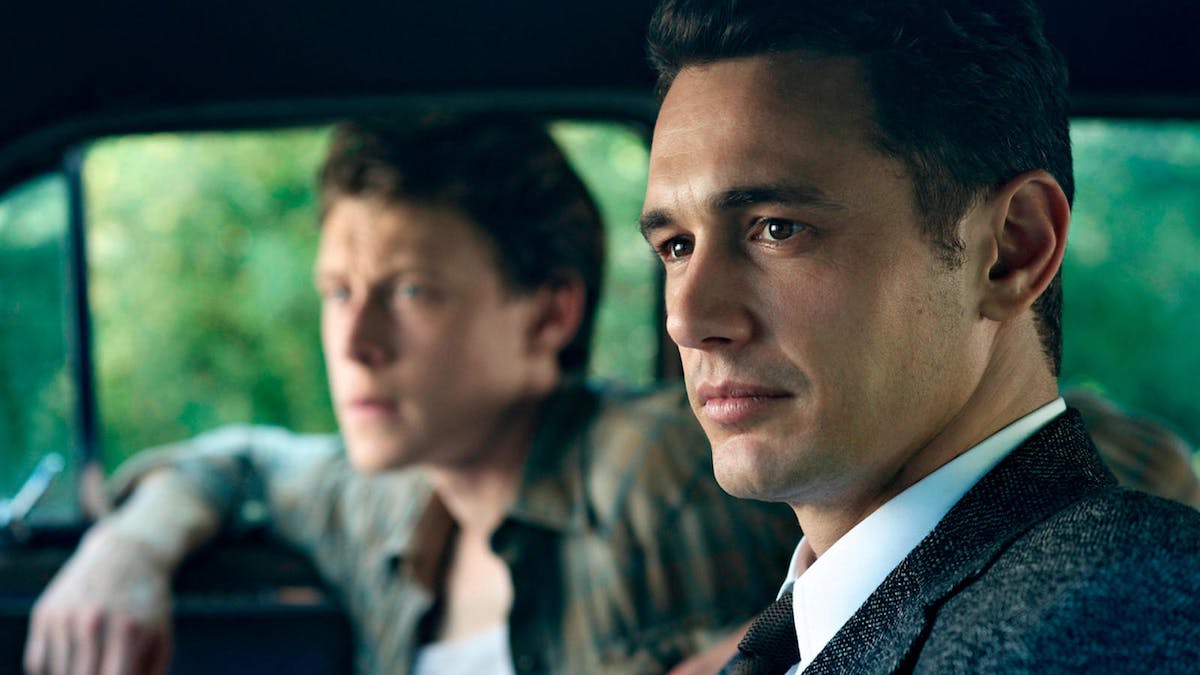 How did this series come about?

- I read the novel and was a big fan and loved the story. I let Stephen [King] know as much. I've known him for some time and he sent me an email one day asking if I would like to get involved, bring it to the screen. I was very enthusiastic about that. I asked if he was okay doing it not as a feature because the book was pretty large and it felt like instead of trying to jam it into a two hour piece, it might be something well suited for a series format. Anyway, he was open to that idea and we went out and approached Bridget Carpenter, who was the first person we went to. Luckily, she signed on and we were off to the races.

What’s the inherent appeal of the idea?

- Well I think that the brilliance of the conceit is it's a very simple idea. It's what happens if you could go back in time. We've seen that done a million times. But what Stephen King did that was so ingenious I think, was create a mission that we all know from history, certainly American history, a fateful day in Dallas, Texas. The idea was what if someone went back in time with the sole purpose of preventing the assassination of John F. Kennedy. The story of course is wonderful because it doesn't go as planned. There are all sorts of obstacles that are thrown in the main character's way. Time itself is, as Stephen King says in the book, is obdurate. It's stubborn, it pushes back. The notion of going back in time to right a wrong is so well tread and so, in a sense, familiar and common place but because it was done with a style, the ingenuity, the emotion and the thrill ride approach that Stephen King took, it made that story feel brand new.

How closely was Stephen King involved? Sometimes it can get in the way having a writer who is able to call the shots…

- Well we were all incredibly grateful for his involvement. I mean there was no sense of someone calling the shots. He was a wonderful collaborator, was open to, and very quick, to understand why certain things were being adjusted. His involvement was complete. He would re-draft the scripts, look at cuts, multiple cuts of the episodes. He was a producing partner, not in name or pedigree but in actuality.

Were there any particular sticking points, discussion points, things you had to change?

- No. I mean there are certain things. Bridget who was obviously, as the showrunner of the piece, much more hands on in dealing with Stephen about adjustments but there were characters that she had to, because it was an adaptation and not everything in the book wants to be brought to the screen and many times you find that you lose subplots or add subplots or take a minor character and make them more major or create a character from scratch… there are all sorts of versions of that that happened along the way but there were never any disagreements or heated arguments. There seemed to be a lot of support. Stephen was a fan of Bridget's from her work on 'Friday Night Lights' so it was a mutual admiration society as far as they were concerned.

Tell me how you came to cast James Franco and also say a few words about why he's right for the role of Epping, of Jake?

- Well it's funny. I didn't know James but I read an article that he had written or an interview he’d done I guess about this book, and how much he loved it and how annoyed he was that I was producing it. So I reached out to him to say, "Would you like to be in it?" He was immediately very excited about the prospect and signed on to star and actually also to direct an episode. He was very excited about the story for I think all the reasons I was. I think he's right for the part because I think that, in a lot of ways, the story is about a character who is in a tricky sort of moment in his life where things are not quite where he wants them to be. The beautiful thing about the character is his finding his purpose and ultimately finding a passion. It's a terrific love story.

- I think that what James Franco brings to the story is that he himself, at least for me, is a cipher. He is someone who...he's a chameleon. I don't quite know who he is. He's played a multitude of roles. He does so many things. He's a professor, he's a director, he's a producer. He's a painter. He is in a way someone who is a little bit hard to pin down and it felt more character like Jake Epping who is a wonderfully lost guy, that in a way James Franco's...his great smile, his amazing charm, his great looks is a little bit like it could be in any place at any time in any moment. In that way he's hard to pin down. I love the idea that when he goes back to the 60s, he looks a little bit like he could be James Dean in that place. He's got this kind of timeless look.

- I just felt like his manner, his look, his energy reminded me a little bit of Christopher Walken in 'The Dead Zone', which is to say he's a little bit hard to pin down. You feel something because of that and the fact that he gets caught up. In many ways, that story is a sister story to this one. They're both about young heartbroken men, teachers, who get involved in an extraordinary, almost supernatural circumstance in which both characters are faced with, in the one case, saving a president and in the other case killing or being the catalyst for the destruction of a potential president. They're very similar. I just felt like James felt like he...there was a then diagram between James and Walken in those stories.

Has working on this show offered your perspective on the Kennedy assassination or in any way changed what you think happened?

- No. It's such a crazy tragedy in that it obviously is such a horrible event but the fact that there are still so many active, passionate conspiracy theorists, the fact that it hasn't been unequivocally solved or understood is that strange meshness of historical tragedy and mystery. Working on this didn't convince me, as Stephen King himself was convinced, that it's a single shooter, nor did it convince me that my friends, some of whom are rabid conspiracy theorists, are right either. But it really is a...the story, one of my favourite things about it is that it is a wonderfully told pulp conceit intertwined with this amazing and tragic event.

What would you say are the pitfalls of period and, on the other hand, what does it give you for free as a producer?

- Well I mean part of the trope of having a character from now going to then, wherever then is, is the immediate connection and vicarious journey that you're going on with the main character. I mean that goes to say that there's a terrific kind of...when a character is still a fish out of water and is suddenly in another time and doesn't know what to do or how to react or where to go exactly. The reason that the trope the reason it has been used so many times is it's a wonderful place to go or a way to go with a character because the audience is almost forced or handcuffed emotionally, intellectually to that character because you're in a new place as well.

- I think that the upside is having a production designer like Carol Spier to work on the show and provide amazing detail in set design or costume design as well. The whole team did a great job. It's fun to play on conventions of the era and play on moments and details and acronyms in that time. The advantages are the double edged sword of the disadvantages because you've got the issue of well if you're going to do it, how do you do it so it's new and it's now? How do you not feel like you're doing a retread? I think that's part of the thing I felt reading the book is that Stephen King again took something that is very familiar and it felt fresh and new.

As someone who's worked on some of the most addictive TV shows ever made, what's your opinion on the whole notion of the way a show is released - either releasing it all at once for so called binge watching or for making people wait week on week to drum up expectation?

- I feel like both are worthy and I can understand of course, given the age of immediacy that we are in, people's desires and in some cases senses of entitlement that they want to just have it all right now because they can, it's what we are increasingly accustomed to. I think there's something wonderful about whether it's the old Saturday morning serials or the traditional TV model where you have to wait a week and in that week it lives with you and in that time you really think about it. It becomes, in some cases, a deeper and more meaningful entertainment experience because you didn't just get...I mean even the term binge watching implies something that's unhealthy. That's not to say that it is, but I don't know if watching every episode in a series over the course of a day or a night or a weekend is necessarily the best way.

- The good news is, if you're someone who loves that, all you have to do is wait a little bit and then you can do it all when it's available to you. Or, in the case of some shows, watch them as they're released all in one day. I think that both models make some sense. The one thing I would argue I guess in the approach that 'Hulu' took with this series is that you get the push, you get the build every week and then when they're all out you can push it again because now they're all available. So I see both making sense and frankly neither being particularly the obvious winner.