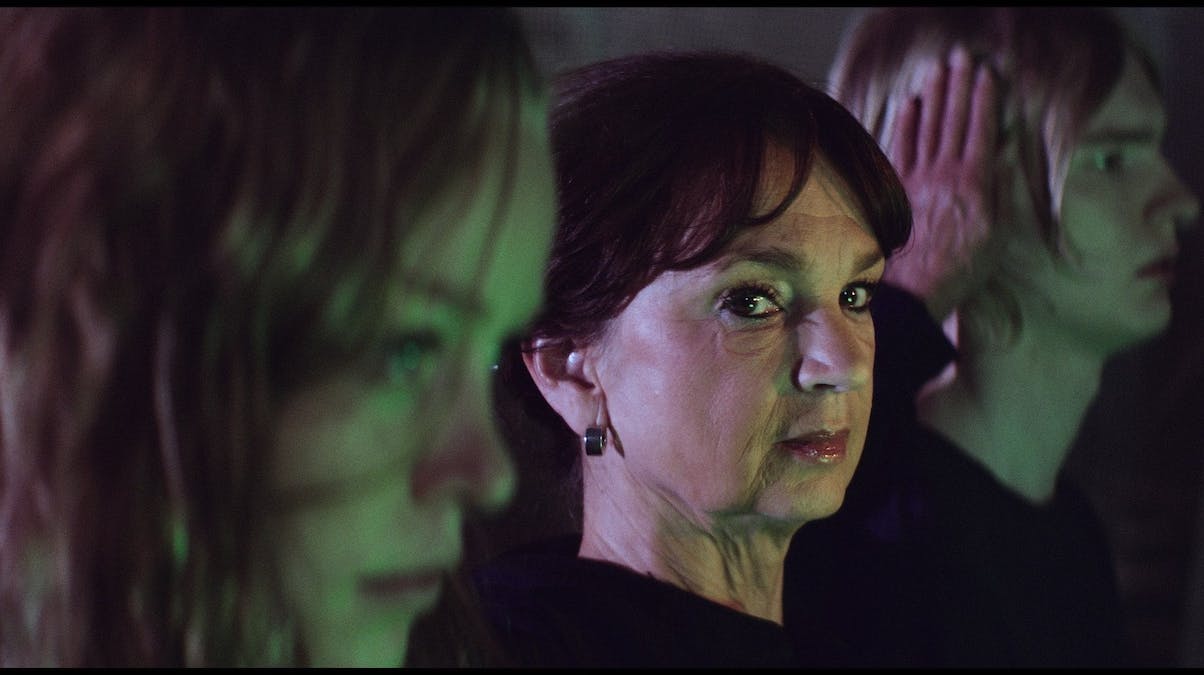 Actress and model Christina Lindberg is back after being in semi-retirement since the 1980's. Her comeback role was in "Svart Cirkel" (Black Circle) a Swedish indie-horror movie that premiered at the Monsters of Film festival in Stockholm. Filmtopp got the opportunity to interview the director of the movie, Adriàn García Bogliano.

One of the main events at the Swedish horror film festival Monsters of Film was the premiere of Adriàn García Boglianos new movie Svart Cirkel (Black Circle). It stars the Swedish model and cult actress Christina Lindberg, who has been in semi-retirement since the 80's. In her comeback role, she plays Lena, one of two sisters who gets hypnotized by a mystical vinyl. The film is shot in Sweden.

– I wanted to bring back Christina Lindberg to the screen. I’m a big fan of revenge films and many years ago I saw Thriller: A Cruel Picture and was blown away! Out of all the other films in the genre, that one impressed me the most. After that, I watched pretty much everything she has starred in. I love her strange and unique presence. I talked to Rickard Gramfors, her manager and the producer of Svart Cirkel, about making a movie in the United States. We were trying to develop theproject for a couple of years but it didn’t happen, so we decided to film something in Sweden instead.

Svart Cirkel was shot in just 12 days. To create an interesting dynamic Bogliano wanted to work with actors from different acting backgrounds. He tells us where the inspiration came from.

– I’m a big record collector, and I found this very strange vinyl on hypnotism in Mexico. I started researching and found out that there were tons of vinyl like this from the 1950-1980s. Many were private pressings, done on demand with no cover and a blank label. They were supposed to work on your subconsciousness when you were sleeping, and you would wake up as a better person. It’s a very modern idea, that you want to find shortcuts to happiness.

What’s the biggest difference between making a movie in Mexico, the US and Sweden? And not the weather!

– Haha, but the weather was interesting though! In my extreme ignorance, I wrote a couple of things that took place in the dark of night during summer, and Richard would tell me that’s it doesn’t get very dark in Sweden. And everybody here is so punctual. It’s like clockwork. Other than that I don’t think there’s a lot of differences. I love working in different countries with people who are passionate about filmmaking.

It was a goal for you to work with Christina, are you targeting any others?

– Many, many, many more. A very sad thing happened a couple of years ago. I was making a film in the US and I wanted to work with the lead actress from The Texas Chainsaw Massacre, Marilyn Burns. For some silly reason we couldn’t make it and then she died the next year. You need to approach the people that you admire while you can.

What is it with the horror and exploitation genre that attracts you as a filmmaker?

– I think it has a lot to do with that kind of films I saw when I was young. Those were the ones that inspired me to makes movies. They stay with you forever, I think.

– Yes, I love all kinds of movies. I hate when people say they dislike a certain genre, they are missing a lot of great art! And for me, it’s a matter of making horror because I want to be as good as I can in that genre. You can only learn by doing things over and over, except if you’re like Stanley Kubrick, but you can’t compare yourself to those geniuses.

Would you like to do more movies in Sweden? Lindberg seemed interested in working with you again.

– Yes, I love working with her, and we are thinking of probably doing the US film that fell apart a few years ago but making it in Sweden instead.

What’s next in general for you?

– I’m working on several things, but one is a project I can’t say much about. It’s supposed to be announced next year, and it’s a much bigger project than everything I’ve ever done so far.